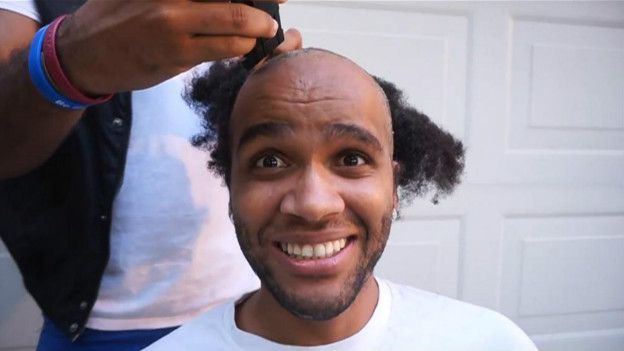 A 30yr old Brazilian musician, was diagnosed with a rare type of cancer in the US, and launched an online campaign to raise funds for a treatment in which bet on a positive approach.

In videos of the campaign in Gofundme site, Wagner Caldas appears shaving the hair because of chemotherapy and displays the same smile and energy that shows on the US stage, playing ukulele alongside twin brother, Walter.

The campaign, carried out with friends, has the motto “My diagnosis does not define me,” and uses the hashtag #cantcer – playing words can not, ‘can not’ in English, and cancer.

“Cancer can do a lot with you, destroy you, destroy your family, end his high spirits, his life. Then I used cantcer, because I will not let that happen to me. With me, the cancer will not be able to do this. ”

Overrun is not something new in the life of Wagner.

Born in the Grota slum in Niteroi, Wagner and Walter learned to play classical music in a social project. With the success of the Grota String Orchestra were invited to study music at the University of Northern Iowa, USA.

Cancer can destroy you, destroy your family, end his high spirits, his life.Then I used cantcer because I will not let that happen to me. With me, the cancer will not be able to do that. “

As his grandmother had no money to raise the child, left him in a corporate body to smaller, then the Funabem.

Their father, Jonas learned the trade of carpenter and older, started making violins.

But he could not play, and wanted someone to test the violins to know if they were good. When Wagner and Walter children were 11 years old, he decided that they would be the guinea pigs.

The two were among the first members of the String Orchestra of Grota, where played the instrument.

“Today I am who I am because of the music. Where I grew up, all I saw … I had a very good chance of not being alive today, like a lot of my friends who did not make music,” he says.

In the orchestra, which played for 12 years, the two played classical and Brazilian music and made ​​successful by playing classics like Brasileirinho samba while they touched.

In 2006, gave an interview to an American radio that generated an invitation to play in the US. After the show, received a scholarship from the University of Northern Iowa.

No speak English, the two left for the US in 2007. Wagner says the two stood by the Brazilian way and improvisational skills and thus decided to form a new band.

It was then that Wagner changed the violin by ukulele.

“The truth is that my brother was always better than me,” he says, laughing. “So I started in the cavaquinho. The Brazilian instrument is different, it is rare to have band with ukulele, so it gave a charm.”

The band Brazilian 2wins, both included in the pop and rock repertoire and were playing in many states.

They came to perform for former President Luiz Inacio Lula da Silva, which, have, tore praise.

But about a year, Wagner began to feel pain in the arm and hands.

At first I thought it was muscle, because the profession.

We got to have surgery because the doctors thought it was a problem in the nerve.But two months after the procedure, she did not feel improvement.

Then discovered a lump in the chest, near the shoulder, and was diagnosed with Ewing’s sarcoma, a rare type of cancer.

The case becomes more unique yet to have appeared in an adult and black man;this type of cancer is more common in white children, according to doctors Wagner.

But he claims not to have discouraged with the diagnosis. He had a show scheduled two days later; He told the cancer only to his brother and made the presentation.

So also faced haircut – he says frizzy hair was “hanging” when shaved his head, two weeks after starting treatment.

“There is no bad weather,” he jokes.

What discouraged Wagner was the hospital bill. “It was all very fast. I got to take the exam, I found out the cancer and only that day, the hospital bill was almost $ 40 000 (about R $ 143 thousand),” he says.

I am not the first nor the last to have cancer. No point getting stressed or sad. My goal is to stay positive to me, that is to eat well, stay active and take care of myself. “

So, Wagner and his friends started a fundraising campaign on the Internet. In a month, they raised $ 10,000. The goal is to reach US $ 150 000 to help with treatment and other costs.

The musician, who lives in the United States ten years ago, decided not to return to Brazil to do the treatment because doctors who accompanied him from the beginning were Americans and he is being treated at a center specializing in this type of cancer.

With chemotherapy, he is no longer doing shows – his brother is performing with the rest of the band.

But he does not lose the positivity.

“The way I think about is that I am not the first nor the last to have cancer, is all over the place. I’m just one more, will be all right, there is no point getting stressed or sad. My goal is to stay positive to make my part, which is to eat well, stay active and take care of myself. “[/fusion_text][/fusion_builder_column][/fusion_builder_row][/fusion_builder_container]